Simplex Solution of Complex Network
How to 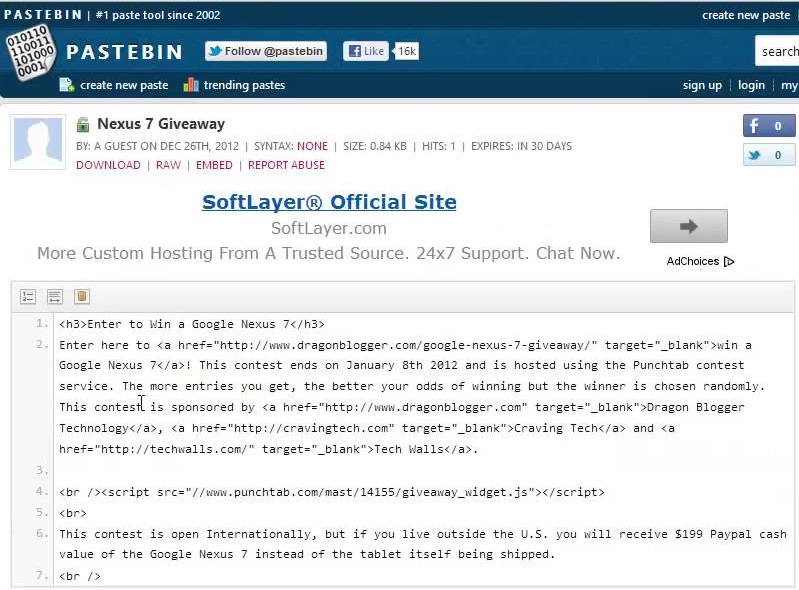 How to use Pastebin Script?

What is Pastebin Script?

Pastebin is a website that allows users to store and share text online. It is commonly used by programmers to share code snippets, it can also be useful for storing and sharing other types of text, such as notes, documents, or even entire essays. In this essay, we will discuss how to use a Pastebin script.

How to work on Pastebin Script?

There are several ways you can use a pastebin script, depending on your needs and preferences. The most basic method is to simply copy and paste the script into the text field on the Pastebin website and click “Submit.” This will create a new paste with the script, which you can then share with others by sending them the link to the paste.

Another way to use a pastebin script is through the command line. Many users prefer this method because it allows them to upload scripts to Pastebin quickly and easily without having to visit the website. To do this, you will need to use a command-line pastebin tool, such as “curl.” The “curl” command allows you to send a POST request to the Pastebin API with your script code as the payload. Here is an example of how to use the “curl” command to upload a script to Pastebin:

Replace “API_KEY” with your personal API key (which you can obtain by creating a Pastebin account) and “SCRIPT_CODE” with the actual code of the script you want to upload.

If you are a developer, you may also want to use a pastebin API library in your own code to programmatically create pastes on the Pastebin website. This can be useful if you want to automate the process of uploading scripts or if you want to integrate pastebin functionality into your own application. There are a number of API libraries available for various programming languages, such as Python, Ruby, and Java.

Regardless of which method you choose, it’s important to note that Pastebin is intended for sharing text and code, and not for storing sensitive or confidential information. You should also be mindful of any copyright or licensing restrictions that may apply to the script you are sharing.

To work on a pastebin script, you will need to do the following:

It’s important to note that Pastebin is intended for storing and sharing text and code, and not for storing sensitive or confidential information. You should also be mindful of any copyright or licensing restrictions that may apply to the script you are working on.

Malicious Use of Pastebin

One way that Pastebin has been used for malicious purposes is by sharing stolen login credentials. Hackers may use Pastebin to share lists of a username and password combinations that they have obtained through phishing attacks or other means.

This allows other hackers to easily access accounts belonging to unsuspecting users.

This can be especially dangerous if users are tricked into downloading and installing the software, as it can compromise their computer or device.

In conclusion, Pastebin is a valuable tool for storing and sharing text online. Whether you are a programmer looking to share code snippets or simply someone who wants an easy way to store and share notes, documents, or other types of text, Pastebin can help you do it quickly and easily. With a little bit of practice, you can become proficient in using pastebin scripts to your advantage.